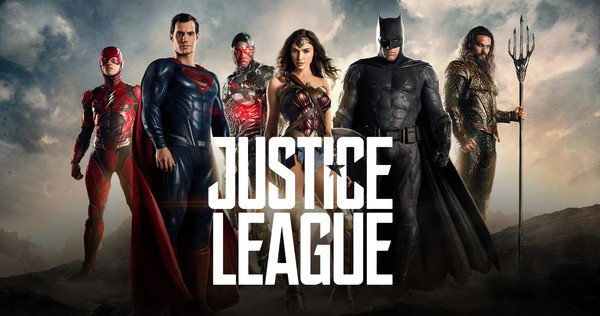 The new Spider-Man: Homecoming trailer dropped for your viewing pleasure. 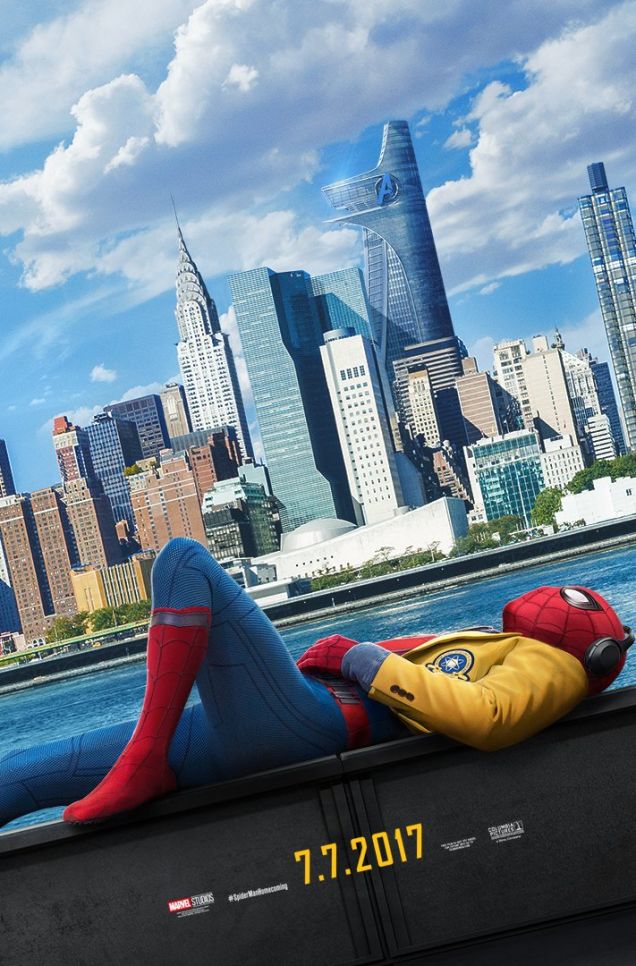 BURBANK, Calif. (March 21, 2017) — Disney•Pixar’s “Cars 3” is hitting the road this month with Road to the Races, a nationwide tour inviting fans of #95 to gear up for the upcoming big-screen release. Life-size, character look-alikes of five-time Piston-Cup champion Lightning McQueen, tech-savvy trainer Cruz Ramirez and the sleek next-gen racer Jackson Storm will be rolling into 27 cities coast to coast to celebrate the new movie, which opens June 16, 2017. 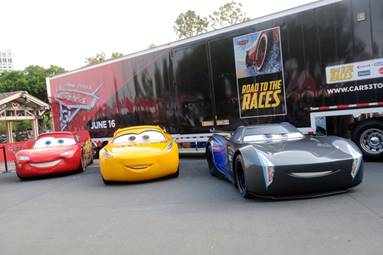 This event is FREE and open to the public!

A host of sponsors have signed on to support the tour, which includes a variety of activities.

Fans will be able to catch a sneak peek of the movie in the Cinetransformer Mobile Movie Theater. Visitors will also be able to take photos with the life-size character cars.

In addition, the sports national youth program NASCAR Acceleration Nation will display the science behind NASCAR racing, and elements from the NASCAR Hall of Fame will allow attendees to get up close and personal with the history of NASCAR.

Mack Trucks, Inc. will transport the life-size character cars on the coast-to-coast tour.

Schedules are subject to change without notice, and attractions may be unavailable for unscheduled reasons.

Blindsided by a new generation of blazing-fast racers, the legendary Lightning McQueen (voice of Owen Wilson) is suddenly pushed out of the sport he loves. To get back in the game, he will need the help of an eager young race technician, Cruz Ramirez (voice of Cristela Alonzo), with her own plan to win, plus inspiration from the late Fabulous Hudson Hornet and a few unexpected turns. Proving that #95 isn’t through yet will test the heart of a champion on Piston Cup Racing’s biggest stage! Directed by Brian Fee (storyboard artist “Cars,” “Cars 2“), produced by Kevin Reher (“A Bug’s Life,” “La Luna” short) and co-produced by Andrea Warren (“LAVA” short), “Cars 3” cruises into theaters on June 16, 2017.

The “Big Football Game” is this Sunday and that means new and upcoming movie trailers!! Today we have the early release trailer for the next Transformers movie hitting this summer. A longer version will be seen on Sunday so keep an eye out for it.

The “Big Football Game” is on Sunday and the first movie trailer of that night has hit the internet.

Enjoy the latest trailer for Ghost in the Shell.

The newest trailer for the March 2017 release of Power Rangers is here! Looks amazing. Gives us your thoughts.

For the Tibetan Mastiffs living on Snow Mountain, a dog’s life has a simple riff: Guard a peaceful village of wool-making sheep from the thuggish wolf Linnux (Lewis Black) and his rabid pack. To avoid distractions, Mastiff leader Khampa (J.K. Simmons) forbids all music from the mountain. But when Khampa’s son Bodi (Luke Wilson) discovers a radio dropped by a passing airplane, it takes just a few guitar licks for his fate to be sealed: Bodi wants to be a rock ‘n’ roll star. Yet that means defying his father’s wishes, heading to the city, and locating the legendary – and reclusive – musician Angus Scattergood (Eddie Izzard), who needs to write a new song and fast.

If Bodi can put a band together, help Angus with his song, and defeat the wolves’ plot to take Snow Mountain, his life will be in tune. Bodi will become what he’s always dreamed of being: More than a dog … more than a Rock God… he’ll be a ROCK DOG!

Lionsgate releases the next installment of John Wick as the trailer for John Wick: Chapter 2 is released.

In this next chapter following the 2014 hit, legendary hitman John Wick [Keanu Reeves] is forced back out of retirement by a former associate plotting to seize control of a shadowy international assassins’ guild. Bound by a blood oath to help him, John travels to Rome where he squares off against some of the world’s deadliest killers.

Paramount International releases a new trailer for their upcoming live-action “Ghost in the Shell”.

Thirty years after the events of the first film, a new blade runner, LAPD Officer K (Ryan Gosling), unearths a long-buried secret that has the potential to plunge what’s left of society into chaos. K’s discovery leads him on a quest to find Rick Deckard (Harrison Ford), a former LAPD blade runner who has been missing for 30 years. 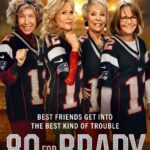