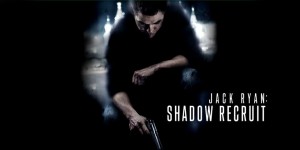 Franchise reboots can be a very tricky thing to get right. Especially if the previous versions were widely popular, i.e. Patriot Games (1992) and Clear and Present Danger (1994). Luckily for Jack Ryan: Shadow Recruit, it only had to beat out the putrid Sum of All Fears (2002). So how did it do? For me, it not only made me forget about Sum of All Fears, it also put up a very worthy fight to hang with the original Jack Ryan films.

Chris Pine plays a very different Jack Ryan than the great Harrison Ford and Stephen Baldwin. (I am just going to leave Ben Affleck out of this, as his career resurgence has been nothing short of amazing. Why bring up old sh*t?) He carries himself as a confident, almost reckless, version of Harrison Ford’s quiet, more reserved Ryan. This was an excellent choice, as it is easy to envision the evolution of Chris Pine’s Jack Ryan to Harrison Ford’s Jack Ryan.

We start off following young Jack as he attends college in London only to witness 9/11 on television. This opens his eyes to his true calling, and he drops out of college to join the Marines. He trains, fights, and is eventually injured in the line of duty. While being treated for his injuries at Walter Reed Medical Center, he meets Cathy Muller (Keira Knightley), his hard-nosed doctor who helps him rehabilitate.* Fans of the franchise will immediately realize that she one day will become Cathy Ryan. We can only hope she is as beautiful as the great Anne Archer who played Cathy Ryan in both ‘90s Ryan films.

Jack is then recruited by Thomas Harper (Kevin Costner) to work for the CIA as a mole for finding and targeting terrorist money, on Wall Street. Costner, who has had a resurgence in his own right over the past few years, was the perfect choice for playing Harper. He brings the perfect amount of bravado and weight to this role. Harper’s scene with Jack right after Jack becomes operational was one of more effective scenes of the film, really allowing Harper’s character to feel very human – not the typical boss that the previous Jack Ryans were subjected to.

Once Jack finds the terrorist money at his Wall Street firm, he is whisked away to Russia to find out what is going on. This is where the film finally hits its cruising altitude and takes you on a wild ride taking us all the way back to the finish line in the great ole’ USA. The final act of this film, in my humble opinion, is a very effective mainstream finish. It is relevant enough to the non-fictional issues we currently have with Russia yet just fictional enough to make people think…‘Could they really?’

All in all, the film is a fine addition to the Jack Ryan saga. It may not impress all of the Tom Clancy fans out there, but for every fan it may lose, a new (most likely younger) fan will be born.