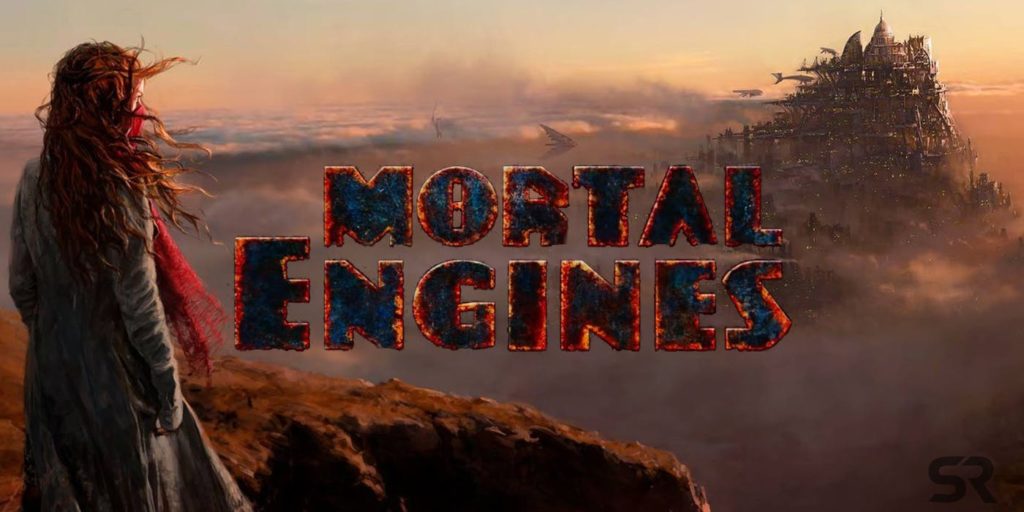 Mortal Engines is the startling, new epic adventure directed by Oscar®-winning visual-effects artist Christian Rivers (King Kong).  Joining Rivers are The Hobbit and The Lord of the Rings trilogies three-time Academy Award®-winning filmmakers Peter Jackson, Fran Walsh and Philippa Boyens, who have penned the screenplay.  Visual effects are created by a Weta Digital team led by Ken McGaugh, Kevin Smith, Luke Millar and Dennis Yoo.  The Universal and MRC adaptation is from the award-winning book series by Philip Reeve, published in 2001 by Scholastic.

It’s post and win time geeky faithful.  Find the Facebook post that brought you here and start posting.  Post often, LIKE’d many times but win only once!  If we LIKE your post on Facebook, your name as it appears on Facebook will be on the GeekForE RSVP list at the theater door.  You are allowed one guest who must enter with you.  Please ARRIVE EARLY!  As always, your RSVP does not guarantee your seats, when the theater is full – it is full!

We want to see your most imaginative meme’s, images, videos, of different engines.  That’s right, a tiny little in-line 4, a roaring 400HP V-8, how about the engine that runs a plane?  Show us your geeky, get thinking and get posting.  Contest ends SUN 12.09.18 @ 9PM EDT.