With a dark comedy starring Robert De Niro, Michelle Pfeiffer, and Tommy Lee Jones and directed by Luc Benson you’d think that The Family would feel like a fun movie with an interesting fish-out-of-water premise. Yet it felt tired and old and really had no clue what it wanted to be but felt like something else that we’ve seen before. For every funny moment I laughed at, there were moments where I was comparing it to another movie or TV show that did it better. The Family manages to take ideas from The Sopranos, Red, and Lilyhammer, and mish-mash them up into a story that would have worked…if only they had gone in a different direction.

Click after the break to see my full review. 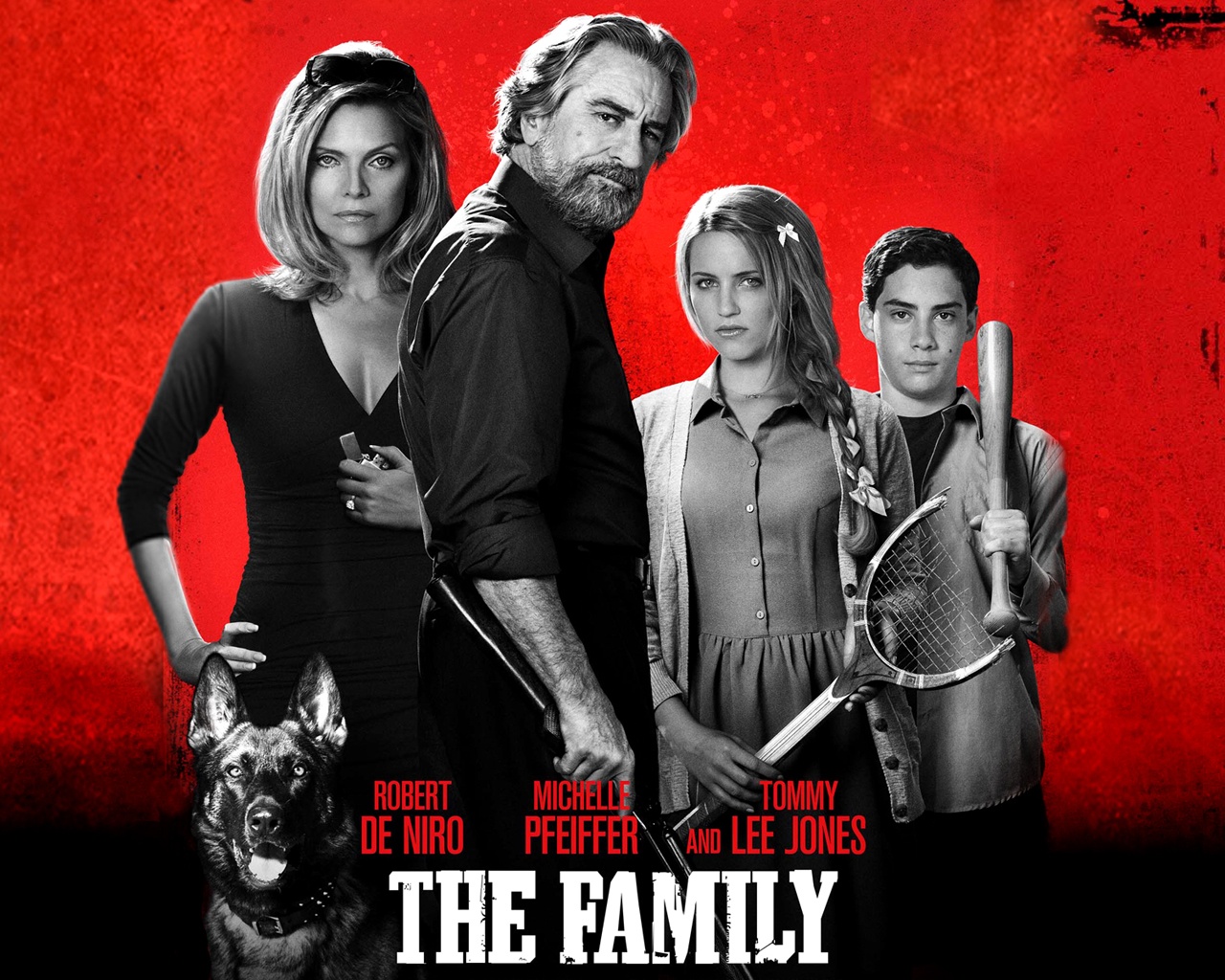 The Family is about a New York mobster who’s family goes into hiding when he chooses to testify against his former associates. However, because of their actions in the French Riviera they are now being relocated to Normandy as they can’t stop being “in the game”. It seems that the Giovanni Manzoni (De Niro) has turned on his “family” and so his real family is now in the Witness Protection Program and is being guarded by Robert Stansfield (Jones) and two of his agents. Between Giovanni wanting to be a writer and starting his novel about his life to his wife Maggie and his kids Belle (Dianna Agron) and Warren (John D’Leo) – they can’t seem to stay out of trouble and stop drawing attention to themselves.

So the problems I had with The Family is that the whole fish-out-of-water Mafia member moving to another country was done recently in the Netflix TV show Lilyhammer. In Lilyhammer you have “a New York mobster [Steven Van Zandt] going into hiding…after testifying against his former associates” (taken from IMDB). Another issue I had that again was “borrowed” from a few Mafai-based shows is that the family is so characterized that they just can’t act normal. Warren ends up scouting the school they are going to and eventually takes over all the side-business that some of the kids have there. Earl in the movie Bell attacks a male student who had taken her to a lake and was trying to put the moves on her and then later in the movie she punches another girl from her class just to get her cell phone from her. Maggie is trying her best to fit in yet keeps blowing up grocery stores and Giovanni does serous damage to a plumber and then later with a high-ranking employee of the local water treatment plant because he can’t get the water to the house to be clear and not brown.

And the last act when the family is found by the former Mafia they were a part of is so trite and laughable that the “how” of how it happens was a convenient plot to tie a bad story together. From the miss-use of a song from the Gorillas as the background music to the overly used “all in black leather” fat guy hit-man we get an ending that was more Red then what we had been seeing for the first 2 acts of the movie. A town being torn apart by the Mafia’s actions to find the Manzoni family leads to what I thought was one of the most awkward gun fight sequences I’ve ever seen.