One of the best games to ever be created for the Playstation is finally getting a long overdue animated movie. Staring the voices of Paul Giamatti, John Goodman, Rosario Dawson, Sylvester Stallone, Bella Thorne, Armin Shimerman, Jim Ward, David Kaye and James Arnold Taylor – the Ratchet and Clank movie follows our two heroes as they must stop an evil alien named Chairman Drek from destroying every planet in the Solana Galaxy.

TwittReview: Mark Wahlberg leads a stellar cast in The Gambler. A brilliant movie about self-destruction, second chances, and making life the way you want it.
Grade 5 out of 5. 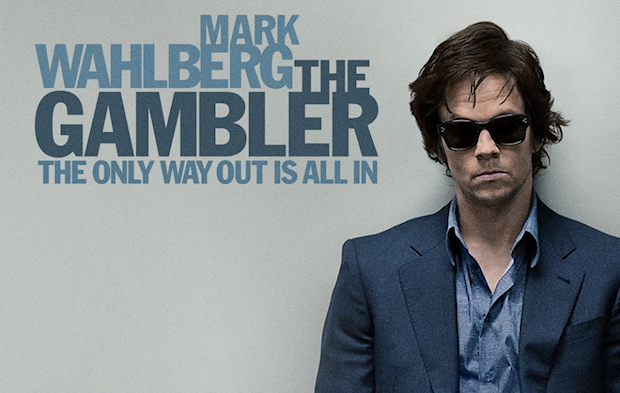 END_OF_DOCUMENT_TOKEN_TO_BE_REPLACED

The Internship delivers on the laughs that are always associated with a Vince Vaughn and Owen Wilson movie. Our story here is two seasoned salesmen who find out from a customer, not their boss who is played by John Goodman, that the company they work for is closing it’s doors for good. So what do they do? They enroll at an online College and then apply for an Internship with Google. When you take a real company that is used by so many people in various forms and functional factors (I’m in IT, does it show??) you can ground the story in some reality that should make you want to care about Billy and Nick’s (Vince Vaughn and Owen Wilson) story. It’s called using familiarity to force a connection between the story and the audience.

This could have easily been called We Love You Google! as the love of all that is Google is the backbone of the story. Not only is the setting at Google’s California campus but we get a lot of “Google-ing” throughout the movie with events taking place around applications and services that Google has to offer WHILE also dealing with Nick and Billy’s interactions and integrations with the rest of the new Interns. It’s a good premiss on paper and it’s a good execution on screen and it does make you wonder who – Director Shawn Levy, writer Jared Stern, and Vince Vaughn is also has writing credits with the screenplay – if not all of them must have stock in Google.

So what did I think of The Internship? My thoughts are after the break.

Grade: 3 out of 5 stars END_OF_DOCUMENT_TOKEN_TO_BE_REPLACED

END_OF_DOCUMENT_TOKEN_TO_BE_REPLACED

See the ball, hit the ball. A common phrase heard around baseball for years. See the ball…if you see the ball your mind is clear and able to process what’s happening around you. Hit the ball…with your mind clear you’re able to make contact, get a hit, take your base. See the ball, hit the ball. Seems simple enough. Yet this is where Trouble with the Curve misses the mark as it so badly wants to hit a Home Run at the bottom of the 9th, with the bases loaded, your team down by three runs, and you’re at the plate with a full count (3 balls, 2 strikes for those not in the know). When in fact it keeps hitting a foul ball early at bat and eventually when the hit happens, there’s no coming back from the deficit your team finds itself in.