Did anybody notice Kevin Hart becoming this generations Eddie Murphy?  He’s huge and to celebrate that, G4E is doing the ultimate Ride Along swag giveaway to celebrate its release on DVD/Blu Ray April 15th.  We’ve got Blu-Ray discs, headbands and battery powered cop lights – want to share in the booty?  Click below the banner to see where you can find us! 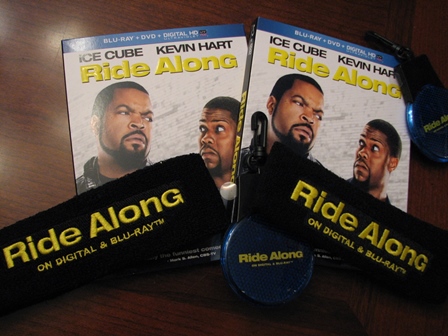 Can you sing?  Perform maybe?  Let’s find out.  GeekForE’s ‘Rock’ will be at Corinthian’s Lounge in Baltimore for a karaoke party benefiting the Baltimore Ravens Roost.  Want some swag? Meet me there using the info below:

WHAT:  Karaoke contest – sing it to win it.  Top 3 performances (as voted by the Roost) get a Blu-Ray disc, every performer gets a headband and flashing cop light (while supplies last)