Oh, if only Freed had built upon the promise of Fifty Shades Darker.  Instead of getting better, it took a step back and mimicked Fifty Shades of Grey in lack of coherent plot.  Pity, as Dakota Johnson and Jamie Dornan have developed a sweet chemistry, and the script delights in poking fun at itself.  For completists only.  Grade: D+ 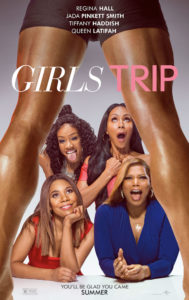 Girl’s Trip is a dirty, sweet look at friendship and reconnecting. For folks who don’t mind the Very Hard R rating (I sure didn’t), it’s a heckuva good time. Throw back a few drinks, grab your posse, and have fun. 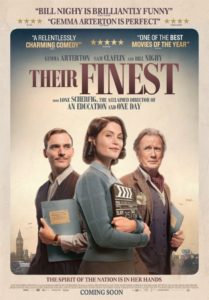 With hints of the charming, hopeful UK propaganda films of WWII, Their Finest can be labeled a comedy, but doesn’t shy away from showing the agonies of wartime Britain.  A powerful, sweet, and sometimes heartbreaking comedy. In this instance, yes that makes perfect sense. Grade: A 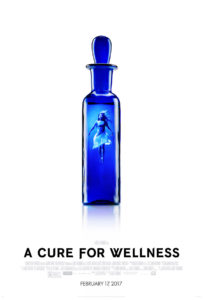 Promising start, horrible-in-a-bad-way finish.  In-between is a whole lot of horror padding, and a waste of gorgeous cinematography and production design.  If you must head out to see this derivative mess, watch the first 40 minutes, then head home and write the rest in your head.  I guarantee it’ll be better than what goes on onscreen. 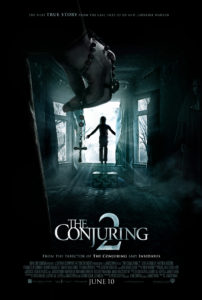 Sequel slump averted – this film has scares, chills and creepyness just like it’s predecessor.  The horror is upped a bit here, but it’s still got that claustrophobic chill director James Wan does so well.  Recommended for all horror fans.  Horror lightweight?  You may want to stay home…or wait ’til Netflix, when you can watch with the lights on. Grade: A 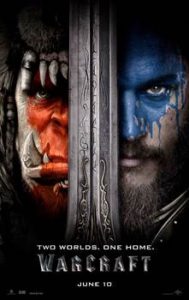 At a hair over two hours, Warcraft feels like four.  That’s a hint and a half for your poor theater-seat tuchas, and your poor confused brain.  Confused?  Yep; because all through Warcraft there will be one overwhelming question on your mind:

What the [RADIO EDIT] is going on here?

I don’t know.  Wish I could tell you.  And apparently the screenwriters, director and cast don’t know either.  Pity.  The trailer was awesome.  Really had me psyched for this.  Unfortunately, a muddled script that feels like nobody bothered to check continuity when rewrites hit, hobbled this film.  Crippled it beyond any hope of salvation.

Pity, as the cast is as game as they can be, considering they all have the shell-shocked look of ones who know they’ve made a horrible, horrible mistake that they’ll never be able to walk away from.

Writer/Director Duncan Jones obviously got too close to his film, and apparently had nobody to tell him that nothing made sense.  And that’s a crying shame, because Warcraft is gorgeous to look at.  Art direction, costuming, set design; it’s all very well done.

Don’t bother, unless you’re a diehard D&D, Fantasy or of course a WoW fan. 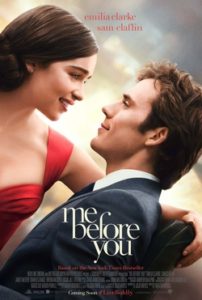 Light, fluffy romance that has a core of real-life tragedy that’s never fully explored.  But Clarke and Caflin are amazing together, and it’s beautiful to look at.  Bring tissues, and your ability to sail past the idea that perhaps this romance never would have happened if he wasn’t blessed with the money to keep the all too real daily hardships deep under cover. Grade: B 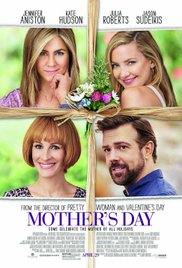 A whole lot funnier – and, surprisingly, sweeter – than I anticipated. Then again, I anticipated sheer crap. Director Gary Marshall manages to take what could have been a hideous train wreck of sap and turns it into a light, fun piece that may not stick with you for very long, but won’t cause any lasting damage either. A full grade bump-down for an absolutely horrible, bouncy sap-fest end credits song. Grade: B- 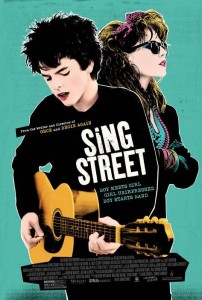 Director John Carney proves he can put lightning in a bottle anytime he likes.  Sing Street echoes his earlier films Once and Begin Again, channeling the character’s emotions and times through the music that they make.  And what sweet music it is.

Wobbly bits of characterization and plot can’t stop this beautiful music from making an impact.  Expect original songs “Drive It Like You Stole It” and “To Find You” to hit radio stations in 3…2… Grade: A- 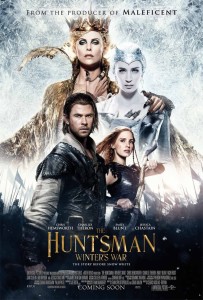 Excellent performances by Blunt and Theron dwarf the thin storyline of the film itself.  Hemsworth and Chastain provide a believable Twu Wuv couple, but even the gorgeous art direction and cinematography can’t hide patchy editing  and a plot that can’t decide what to do with itself.  Grade: C