Twitview: Not his best, not his worst.  Firth & Stone are sweet and funny. B

Stanley (Colin Firth) hates a con artist.  Which is kind of ironic, as he’s a magician of the highest order, providing his audiences with grade-A illusions.  But outside of his day (night?) job, he’s a debunker of pseudo-mystics, and he loves his work.  So when his best — and only — friend Howard (Simon McBurney) calls upon him to help debunk a mystic that has her claws in a wealthy family down in the French Riviera, Stanley leaps at the opportunity.  But Sophie (Emma Stone) isn’t what he expects, and soon he’s questioning his ideals.  Should he stick with stodgy, disappointing truth or allow that there’s the possibility of magic and joy in the world?

The basic story here is Stanley’s battle with his own deeply held disbelief.  He’s desperate to hold on to the idea that there is no real magic in the world, that there’s an explanation for everything, and that the head trumps the heart every time.  Of course you know he’ll be taken down a peg or two.  Being as this is a Woody Allen joint though, Stanley will get a ton of wisecracks in before his inevitable shift in perspective.  Firth and McBurney have a wonderful lifelong pals chemistry, and although I’m sick to death of the May/December romances that litter Woody’s work, I have to admit that the chemistry between Firth and Stone is equally engaging.

Colin Firth is winning here, even though his Stanley is about as big a jerk as anyone could come across.  Plus, it’s good to see Firth dust off his Darcy, as Stanley is just as arrogant as his Austen counterpart. There’s even a playful wink-nudge for P&P fans, as Stanley plays out a scene that seems cribbed straight from Austen’s notebooks. Fun in it’s own right, but even better if you know the ‘95 BBC adaptation.  Sadly there’s no rising up from the lake in this film.  Sorry folks. 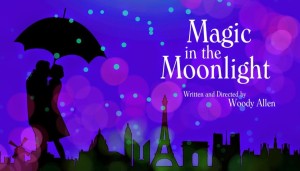 END_OF_DOCUMENT_TOKEN_TO_BE_REPLACED

The 84th showing of the Academy Awards will air on ABC on Sunday the 26th of February and we at Geek for E have decided to join in on the fun and give you our predictions of who will win.