Maleficent: Mistress of Evil picks up 5 years after the events of the first movie, Maleficent. We find Aurora (Elle Fanning) Queen of the Moors and still madly in love with Prince Phillip of Ulstead (Harris Dickinson). When Prince Phillip finally asks Aurora for her hand in marriage it becomes time for both families to finally meet. Maleficent (Angelina Jolie) is still feared throughout the land, but Prince Phillips’s mother, Queen Ingrith (Michelle Pfeiffer), isn’t scared and has her own devious intentions.

Disney has released the first teaser for their upcoming animated feature, Moana staring the voices of Dwayne “The Rock” Johnson and Auli’i Cravalho’

Moana tells the story our titular hero (Cravalho), who teams up with Maui (Johnson), a sort of has-been demi-god, in order to complete an epic quest on the high seas. Monsters and various pitfalls will come between them and their endgame, with plenty of adventure and life lessons to learn from.

Disney and Pixar are ready to bring you their next family adventure with The Good Dinosaur. In theaters November 2015.

END_OF_DOCUMENT_TOKEN_TO_BE_REPLACED 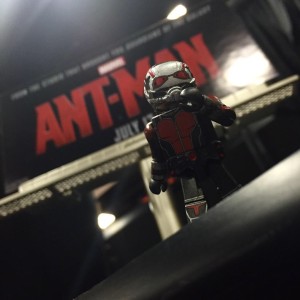 END_OF_DOCUMENT_TOKEN_TO_BE_REPLACED

Twitview: Gloriously lush sets & Jolie’s performance make the film better than it has a right to be. B

Hell hath no fury like a fairy scorned.  Especially when that fairy is played by Angelina Jolie, and has a damn good reason for being so ticked off.  With the popularity of “revisionist fairy tale history” nowadays, Maleficent could have played out like a Very Special Episode of Once Upon A Time (which did have the Big M in the show, but threw away the character even though True Blood’s Kristin Bauer van Straten knocked it out of the park with her performance).  You gotta know from the trailer that this is gonna be another Frozen-esque story of how Womyn-with-a-Y are stronger together than the negative forces of Mankind, but Jolie is so magnetic in the role of the fairy gone bad that the trip is a fascinating one.  There isn’t much for anyone else to do but either get in her way or lend her aid, but otherwise?  It’s a fun 97 minutes, with plenty for newbies and old-school Sleeping Beauty fans to enjoy.  There are a few things that got under my skin, but all-in-all, the Enchanted Forest ain’t a bad place to spend a little time.

Way back in the day, there were two kingdoms; the Kingdom of Man (da-DUM) and The Moors.  Man does his usual mannish stuff, what with the subjegating, warring and power struggles.  Meanwhile, The Moors are a peaceful place full of mythical creatures that all live in an agreeable harmony with no one ruler.  Cue Maleficent (as played by Jolie doppelgänger Isobelle Molloy), a sweet little fairy girl with groovy horns on her head and glorious wings.  She finds human boy Stefan in The Moors, trying to make off with something.  She asks him for it back, then tosses it (back) into the water.  He tells her he’d rather have kept it if she was just going to “throw it away”…. And a friendship is born.  Friendship blossoms into love, at least for one half of this pairing.  (Hint: it’s not the thieving human.)  Years later, Stefan — who has always longed to live in the castle because Being Somebody Is All There Is — is a squire for the King, who has fallen ill thanks to trying to bring The Moors into his total domination.  Seems Maleficent doesn’t take too kindly to those who try to take over her land, and neither do the rest of the Moor-folk.  Stefan uses his friendship with Maleficent to do something absolutely heinous (hint: you didn’t know she had wings, did’ja?) and becomes King.  Maleficent, on the other hand, becomes bitter, angry and vengeful.  Cue baby Aurora! 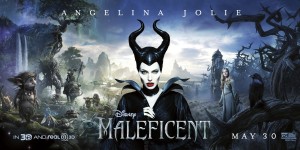 END_OF_DOCUMENT_TOKEN_TO_BE_REPLACED

The EAA Aviation Center is a Very Big Deal for folks who love to fly.  And now it’s gonna have the same effect on Disney film fans.  Because Disney’s Planes will be screening there in the fly-in theater.  OMG, they have a fly-in theater.  Seriously.  That is beyond awesome.

From IMDb, a little bit about Disney’s Planes:

Dusty is a cropdusting plane who dreams of competing in a famous aerial race. The problem? He is hopelessly afraid of heights. With the support of his mentor Skipper and a host of new friends, Dusty sets off to make his dreams come true.

Sadly, we don’t have giveaway tix for this one.  But for folks who can’t wait for the movie, check out the trailer!  And am I the only one who thinks Disney had some pretty big cojones to use White Zombie’s “More Human Than Human” as the trailer soundtrack?  Man I love that song.

END_OF_DOCUMENT_TOKEN_TO_BE_REPLACED

I’ve been looking forward to seeing this movie ever since the teaser trailer — with Sully pranking Mike by turning Mike into a disco ball — released earlier this year.  Now, Disney/Pixar has released the poster.  Tada!

It’s almost Halloween y’all.  Remember when we had to drag our little siblings around from door to door, when all we really wanted to do was hang out with our friends and eat candy?  Moooooom!  Fun Size, a film about just that, hits theaters this Friday (that’s the 26th, y’all).  What sets this film apart from the usual happy-happy-joy-joy of Nickelodeon is Josh Schwartz, a guy who’s known for his work on Gossip Girl, Chuck and one of my all-time favorite not-so-guilty pleasures, The OC.  And after I got a peek at the trailer I was very interested in seeing how this movie plays out.

Fun Size actors Victoria Justice and Thomas Mann hit the Mall of America (rather apropo, considering this is a film made for kids & tweens) with Carly Rae Jepsen in attendance.  Needless to say, there were throngs of eager fans.

END_OF_DOCUMENT_TOKEN_TO_BE_REPLACED

Mmm, remember the old Creature Feature on Channel 20; Count Gore De Vol and all his tricks and treats?  No?  Man I’m old.

But anyway, it’s October (aka The MOST Wonderful Time of the Year) and Disney’s Frankenweenie has put out a few new posters that echo old-time horror movies of the 30s, 40s & 50s.  And they’re awesome!

Take a peek for yourself…IF YOU DARE…. END_OF_DOCUMENT_TOKEN_TO_BE_REPLACED

The Odd Life of Timothy Green is a wonderful fairy tale for parents, would-be parents, and folks who wanna be parents.  And if you’re fine with talk of parenthood, kids and the struggle many have to become parents, you’ll enjoy this sweet story.  Good work, Disney, for coming up with a fairy tale for grownups.

Cindy (Jennifer Garner, with a fantastic Small Town Chic wardrobe) and Jim Green (Joel Edgerton) have done just about everything they possibly can in order to become parents.  Unfortunately, the good ol’ fashioned way isn’t in the stars for them.  So one night, over many glasses of wine, they draw up a “dream list” of things they’d love to see in the child they’ll never have.  What starts off as tearful ends up as a joyful (and drunken) riot of cheering, laughing and bittersweet wishing.  They put the list in an old cigar box and bury it in their garden, thinking they’ve closed the door on that chapter of their lives.  Surprise!  In a freak rainstorm that only seems to drench their yard, they find that they’re not alone; a muddy child has found his way into their home.  A child named Timothy — Cindy and Jim’s dream-list name — that calls them Mom and Dad.  There’s a hole in the garden where the cigar box used to be, and the kid has leaves on his ankles.  Guess the old “cabbage patch” tale could be true….